Dewey Media Group is your partner in telling and selling your story.

Our Company Name & Our Approach:

Our approach: Dewey Media Group’s mission to combine our deep industry knowledge and connections with the newest innovations to help our clients—publishers, storytellers, writers, and content creators—broadcast their stories. We combine the best of the old and the new media strategies and platforms to help stories and ideas reach their widest audience possible. 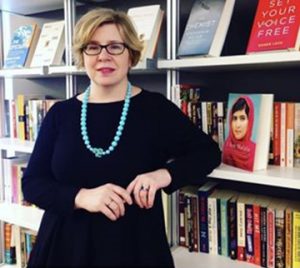 She shares the board presidency of the Community of Literary Magazines and Presses (CLMP).

Dewey is based in New York City.

Working with Nicole has been one of the great privileges of my professional life. She is absolutely the best there is.

Nicole worked on countless books I represented during her long career at Little, Brown. She is among a handful of genius publicity minds in this business. Her ability to see around corners, act fast and decisively, think strategically, and spread her infectious enthusiasm cannot be beat.

Nicole Dewey is smart, tireless, trustworthy, connected, and effective. She’s one of the very best in the business.

There is no one in all of publishing who is smarter, more passionate, more hardworking, or more savvy in creating excitement and momentum behind a book than Nicole Dewey. She is, in my experience, simply without parallel. You may not know yet that you want to work with Nicole, but believe me, you do.